Dr. Rivers in CBC Life: When to Not Ignore Acne, Rosacea & Eczema 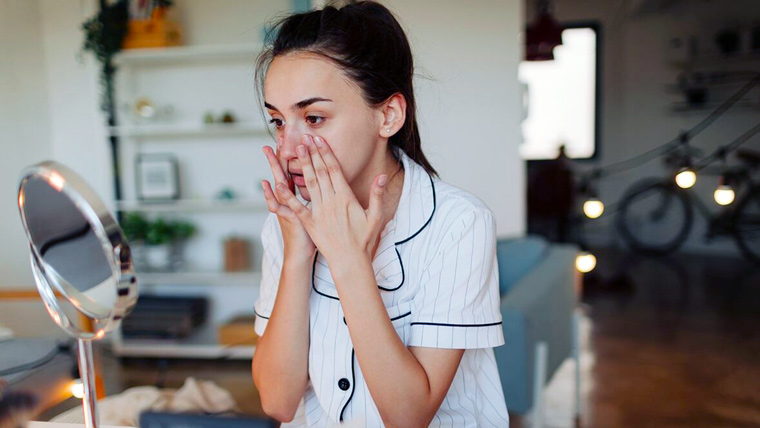 To the outside observer, depending on the day, I might have looked like a teenager with hormonal acne. In reality, I was a 30-year-old woman getting things wrong when it came to caring for my skin. I’ve suffered through eczema, adult acne and a rosacea look-alike called periorificial dermatitis in recent years. In each case, I thought I knew what was going on with my skin, and I was mistaken.

Even though acne, eczema and rosacea are some of the most common skin conditions faced by Canadians, lots of people still don’t know what differentiates them and why it’s important to diagnose and treat them correctly.

Take, for example, acne. In Canada, around five million people have the condition — approximately 85 per cent of people between the ages of 12 and 24, and about a third of adults, including 22% of adult women. Most of us take it for granted that we can recognize acne and expect to be able to take care of it ourselves.

“Acne in mild forms can be treated with over-the-counter agents,” says Jason Rivers, a Vancouver dermatologist who’s the president of the Acne and Rosacea Society of Canada and the founder of an anti-aging skin care line called Riversol. “For many people, that’s all you need.” But for the rest of us, it can be more complicated.

Acne happens when our skin isn’t shedding dead cells normally and hormones cause our hair follicles to produce more oil or “sebum”. This sebum combines with the built-up skin cells and clogs our follicles. Sometimes a naturally occurring bacteria, P. acnes, gets trapped in the follicles, causing inflammation. And so, you can end up with blackheads or whiteheads, pus-filled pimples that you want to squeeze, or deep, painful nodules or cysts that can cause scarring.

Preventing and minimizing scarring is one reason Rivers likes to see and treat patients early. But severe or persistent acne isn’t the only clue that a doctor’s visit may be in order. If your mild to moderate acne isn’t responding to treatment, that may also be a sign that something else is going on.

“We as dermatologists often get people who are referred to us with a diagnosis of ‘acne not responding to treatment’ and, lo and behold, it turns out to be rosacea,” Rivers says. The confusion happens because rosacea, a chronic inflammatory skin condition that affects over three million Canadians, also causes redness and pimples.

Its most distinguishing feature is flushing or redness around the centre of the face that might start out as temporary but can become persistent. Visible blood vessels, dryness and swelling are other symptoms. Half of people who have rosacea may also notice red, dry, watery or gritty-feeling eyes, and some experience a thickening of the skin on their nose, making it look larger and more bulbous. In rare cases, rosacea can also affect your eyesight.

Importantly, certain acne treatments can aggravate rosacea, so if you’re not sure if you have acne, rosacea or both, it’s worth confirming with a doctor.

“There’s a lot of overlap in the treatment of acne and rosacea. We often use antibiotics to treat acne. We’ll use those for inflammatory cases of rosacea [too],” Rivers says, but adds that “the cornerstone of treatment for acne topically tends to be a vitamin A derivative we call a retinoid and a benzoyl peroxide preparation. Those agents can be irritating to the skin in people with rosacea.”

For people who deal with either of these common conditions (as well as eczema — more on that later), or who just want to keep their skin barrier healthy, Rivers says “the first tenet is: don’t put a million things on your skin.” He recommends using a gentle cleanser, a hypoallergenic, scent-free moisturizer and sunscreen (especially if you have rosacea, which can be triggered by, among other things, sun exposure). He also doesn’t recommend toners, which can irritate rosacea and acne.

This is a tall order in today’s climate of 10- and 20-step skincare routines with their double-cleansing, frequent exfoliation, serums, acids, oils and multi-masking. But when you have conditions like rosacea and acne, your skin barrier — which is responsible for keeping moisture in and bacteria out — is already compromised, so it makes sense to be gentle. The same is true in eczema, sometimes referred to as dermatitis, which is a general term for irritation of the skin.

According to the Canadian Dermatology Association, people with eczema can experience “red, itchy and swollen, sometimes with fluid-filled bumps that ooze and crust.” There are many types of eczema including atopic dermatitis, which is common in kids, and allergic or contact dermatitis, which is triggered by a reaction to something like poison ivy, certain skin care products, metals (think jewelry) or wool. Seborrheic dermatitis is the one that can affect the face, and is often confused with acne or rosacea.

Rivers points out that, in some cases, these conditions can co-exist. But rest assured: whether you experience acne, rosacea, eczema or a combination of the three, these skin issues can be managed. “They can be distinguished, they do have different treatments, and although a condition like rosacea can’t be cured, we could control it,” he says.

It’s a message I wish I’d heard while I was trying to wait out my own skin issues, or treat them myself, almost always seeing no results and sometimes even making things worse. For me, it almost always took going to the doctor — or even a series of doctors — to get the right diagnosis and treatment. I almost always suffered longer than I had to because of the stigma that comes with having acne, redness or scarring, the expectation that I should embrace my appearance as it was, and the fear of being perceived as vain for not being able to do so.

“You can’t underestimate how important it is for people to have their best face forward,” says Rivers, emphasizing the impact scarring, in particular, can have on self-esteem and mental health. “It can be very devastating for people.”