Tattoos have become part of mainstream culture – it is estimated that 20% of North Americans have body art of some sort, and of these 1 in 4 people regret getting them. Whether you have grown tired of your design, want to remove it or are looking to fade and cover an existing tattoo with a new design, you’re not alone and we are here to help you reach your goals. Our team of highly trained dermatologists and laser technicians, along with state-of-the art equipment, can work with you to safely and effectively eliminate body ink. Specific treatment plans will be determined by the size of the tattoo, the type and colour of ink, and how well you respond to the treatments.

The best laser for tattoo removal

How Does Tattoo Removal Work?

Pacific Dermaesthetics in Vancouver utilizes safe and effective laser tattoo removal techniques.  We have been helping patients get rid of tattoos with minimal discomfort for many years.

Lasers are the safest and most effective way to remove tattoos. Since different lasers and wavelengths of light are more effective on certain ink colours, our clinic uses a quick and safe treatment with a PicoSure laser.

PicoSure™ is considered the biggest breakthrough in laser technology for tattoo removal. Traditional laser tattoo removal laser treatments can require numerous sessions spaced 6-8 weeks apart, resulting in a lengthy and inconvenient process. PicoSure’s pulse width is one hundred times shorter than a more traditional nanosecond laser (such as the Q-Switched), enabling it to clear tattoos in far fewer treatments.

Its patented pressure-wave technology produces ultra-short light pulses, giving PicoSure the ability to shatter ink particles into tinier fragments, which are then more easily eliminated from the body.

PicoSure safely clears tattoos with half the fluence (optical energy in a pulse) than a Q-Switched laser, and without injury to the surrounding tissue. This laser is particularly effective on blue and green colours, as well as faded or previously treated tattoos that failed to clear.

Our clinic also has the additional wavelength (532nm) to effectively remove yellow, red and orange inks – making the PicoSure the best choice for multi-coloured tattoos.

Some tattoos will never be completely eliminated because of certain factors. The success of laser tattoo removal depends on:

If there is already an existing ridged scar on the skin from the tattoo process, that scar will remain after the ink has been eliminated. The Pacific Dermaesthetics team has many years of experience in laser tattoo removal in Vancouver, working with advanced medical-grade lasers on a daily basis.

Typically, each visit lasts about 15-20 minutes. The procedure itself is less than five minutes. The discomfort level of PicoSure treatments is comparable to older technologies, however, the advantage is that this new platform for tattoo removal can produce the same results, but in half as many sessions as the Q-Switched lasers.

Multiple treatment sessions will be required for most tattoos. The number is dependent on many factors as outlined on our general laser tattoo removal page such as size, pigment depth, skin type, pigment density, location of tattoo, removal goal and ink colours.

Typically, progressive results are seen after one or two treatments. Treatment sessions are spaced apart in order to allow the body time to absorb the ink particles, so that your tattoo gradually fades with time.

PicoSure tends to most effective on brighter-coloured inks which are thought to be more resistant to removal by a Q-Switched laser. Your tattoo should be at least 6 weeks old before treatment with the PicoSure laser. Note: Pre and post treatment, you should use sunscreen over the tattooed skin and ideally avoid sun exposure over the treatment area. 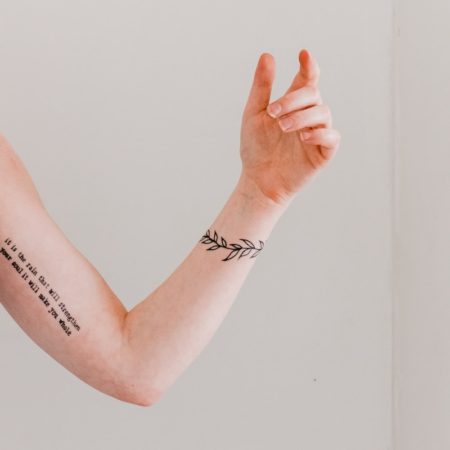 Remove even the most complex and colourful tattoos

Do I need to wear sunscreen after treatments?

Could this work on my old tattoo?

Come in for a consultation. There is the ability to remove old, faded or previously treated tattoos

The skin around the tattoo will be frozen with a local injection prior to the procedure in order to minimize discomfort. Clients may also take Tylenol an hour before treatment to make the tattoo removal more comfortable.

Ready to make a change?

We know skin, and want you to be comfortable in yours. Let’s discuss your concerns and how to reclaim health and confidence.